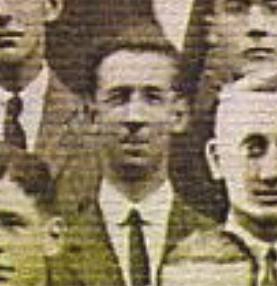 This fine looking young man was chosen by a distinguished panel of experts (Richard Michalak and yours truly) as being the most likely member of the Balliol class of 1919 to be our dearly beloved Nevil Shute. As a basis for comparison, the judges used Nevil's pilots license photo, which was taken approximately seven years later. This photo was the closest in age that we could locate.

Nevil at Twenty-Seven From His Pilots License 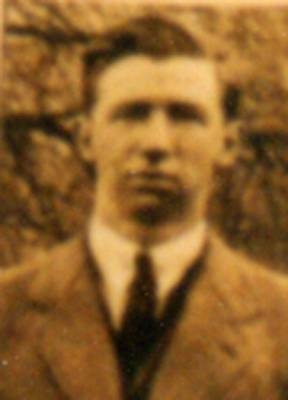 Note particularly the inverted hairline peak in the center of the forehead, the folds over the eyes that make them appear to slant downward and the slightly receding chin. He had put on a little weight, but of all the classmates at Balliol College that year, the picture chosen is the only one that approximates these characteristics.