I [ed: John Henry] had recently reread "Most Secret". It gets better every time and the first time was excellent. I like to have a feel for the area an author is talking about and I went into my Nation Geographic Explorer CD set. I found an interesting article with pictures in the August 1943 edition titled "The Coasts of Normandy and Brittany. I've copied the map and circled in red Douarnanez and Dartmouth where most of the principle action of the book takes place. It gives a bit better appreciation for the geography. I had not realized there was so much open sea between the two places.

I also found a couple of pictures of Douaranez harbor and of a tunney boat out of Douaranez which I imagine would be similar to the Genevieve.

Finally, you will remember that Charles Simon's first service to England was the detailing of the submarine pen construction at Lorient. I have scanned a picture of the pens of St Nazaire which I would imagine are similar. They don't look all that big in the picture but to give an idea of scale, each bay will hold 4-5 full size submarines side by side. Note the thickness of the roof.

The picture is scanned from "U-Boat War" by Lothar-Gunnar Bucheim. He was better known for book/movie "The Boat" ("Das Boot") to which "U-Boat War" is a (mostly) pictorial companion. 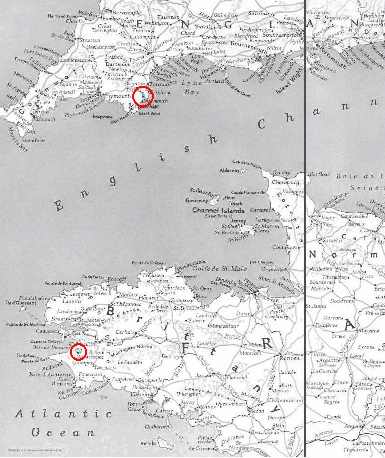 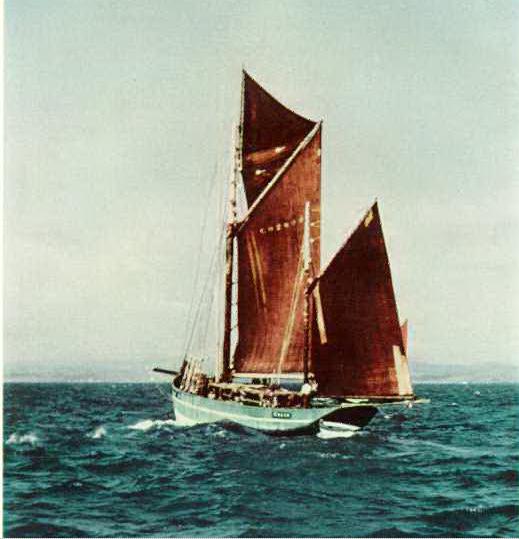 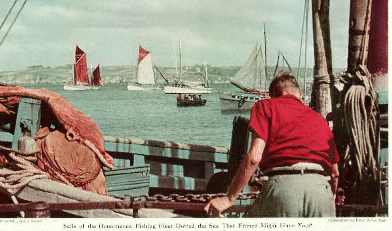 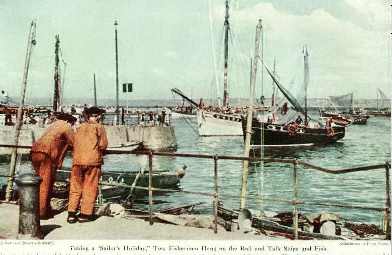 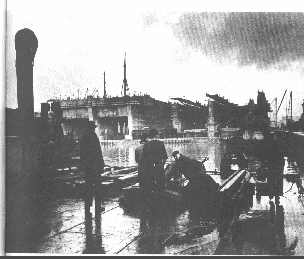